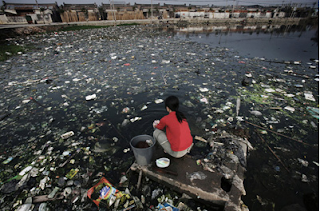 Now that country-of-origin labeling has been removed by Congress (for meat), and companies are struggling to find new sources of food to meet the growing demand for organics in the United States, it’s becoming more likely that your organic food could come from China or other countries rather than U.S. farmers.

Considering the country’s overall level of pollution and shocking lack of standards compared with the U.S., that could be a serious problem. Here are six reasons why: