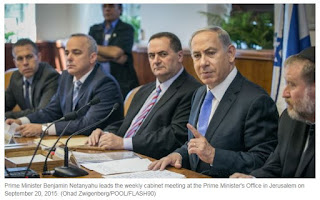 The security cabinet today voted unanimously in favor of a series of proposed measures aimed at combating stone-throwing, including mandatory minimum sentences for those convicted of throwing rocks and firebombs, and an easing of the rules governing police use of live fire in rock-throwing incidents.

The cabinet agreed to back legislation to allow live fire in any case in which lives are endangered; use of .22 Ruger sniper rifles against rock throwers; a minimum four-year prison sentence for rock throwers, including imprisonment and fines for minors aged 14-18; the cancellation of welfare benefits for minors in prison; and an evaluation of fining parents of convicted children aged 12-14.
http://www.timesofisrael.com/ministers-okay-tougher-measures-against-stone-throwers/?utm_source=The+Times+of+Israel+Daily+Edition&utm_campaign=0b58e0c9e5-2015_09_25&utm_medium=email&utm_term=0_adb46cec92-0b58e0c9e5-55263729